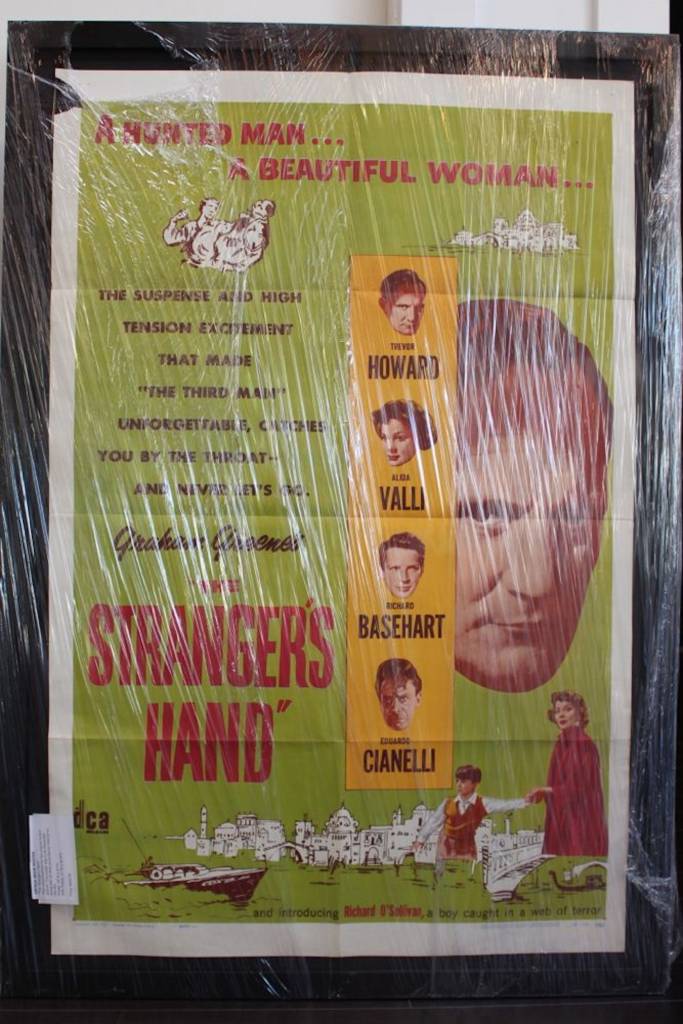 Original The Stranger’s Hand (1954) movie poster. British Italian thriller drama film directed by Mario Soldati based on the novel with the same name by Graham Greene. Plot: The story follows a young boy named Roger (Richard O’Sullivan) who is in Venice to find his father, Major Court (Trevor Howard), a British diplomat. The man has been abducted by and held hostage by agents from the Eastern Bloc, from nearby Trieste in Yugoslavia. When daddy doesn’t show up at the boy’s hotel after a phone conversation, the boy is thunderstruck and enlists the help of various people to find his daddy. These include a hotel secretary Roberta (Allida Valli) and her friend Joe (Richard Basehart). The villain, Dr. Vivaldi (Eduardo Ciannelli), is a fatherly man who buys the kid ice cream, at first he seems like a nice guy to the boy. The kid didn’t recognize his own father when the police brought him into the apartment where the doctor, was holding the man, keeping him under drugged restraint while claiming to be treating him for his typhus. Eventually the boy is able to convince the elders that the man he saw was indeed his father and a happy ending ensues.