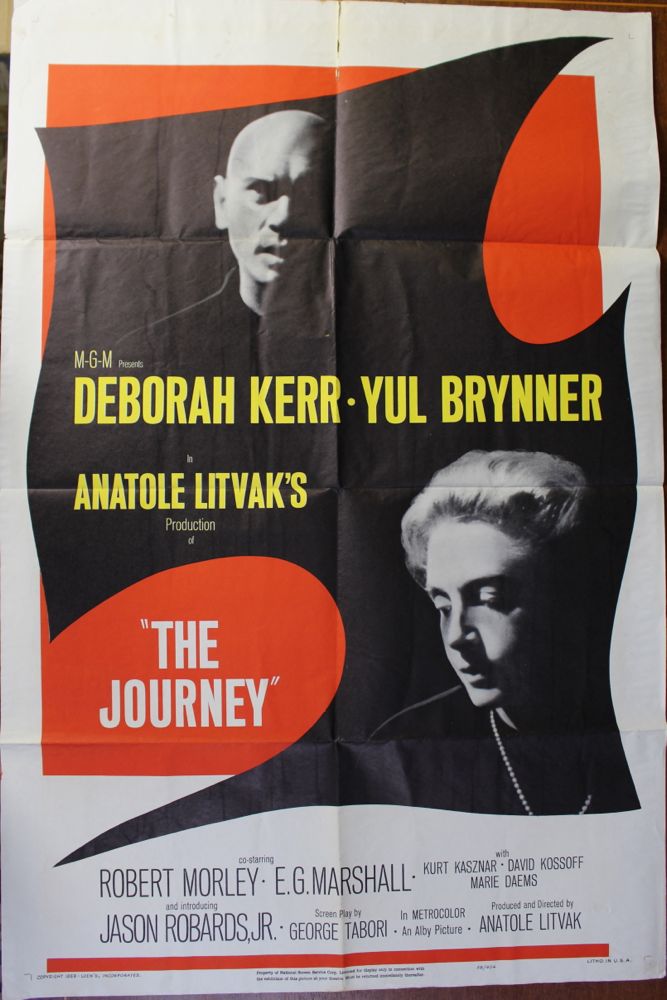 Original studio stamped The Journey movie poster along with a set of 8 original lobby cards.
The Journey is a 1959 American drama film directed by Anatole Litvak. A group of Westerners tries to flee Hungary after the Soviet Unionmoves to crush the Hungarian Revolution of 1956. It stars Deborah Kerr, Yul Brynner, and Jason Robards. Deborah Kerr and Yul Brynner were paired again since they starred in The King and I in 1956, where he had an Oscar-winning performance. The Journey was shot in Metrocolor.
Major Surov (Yul Brynner) is the Russian commander at the Hungarian-Austrian border crossing. With the outbreak of the Hungarian Revolution of 1956, Budapest’s airport is shut down and Diana (Deborah Kerr), along with other international travellers from U.S., Britain, Israel, and France, is forced to reach Vienna by bus. Along with them is a Hungarian dissident hunted by the police, Paul (Jason Robards).
SKU: MP1009
Measurements: Poster (27″W X 41″H) Lobby Cards (14″W X 11″H)