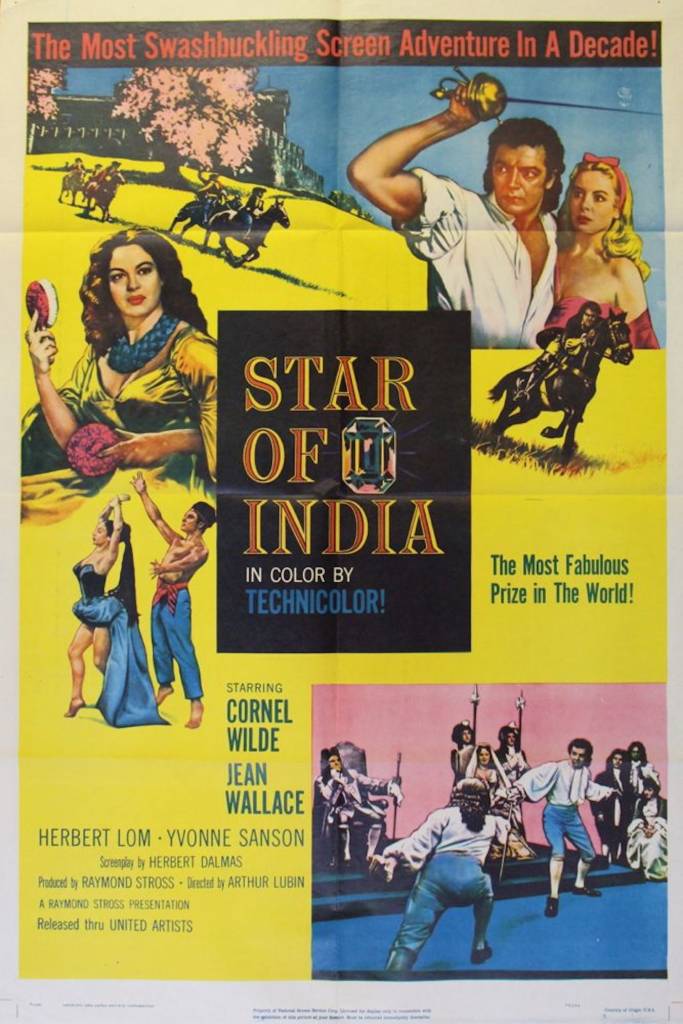 Original studio stamped Star of India (1954) movie poster. Plot: After many years in India during the wars, the Chevalier de St. Laurent returns to 17th century France only to find his estate has been confiscated and sold due to the machinations of the infamous Duc de Narbonne for back taxes, and resold to Katrina, a Dutch Countess. Katrina offers to return Pierre’s property if he will help her get possession of the priceless ‘Star of India,’ a fabulous sapphire, held at the moment by Narbonne. The Dutch government wants it returned to its Indian worshipers, in order to keep peace. Pierre is a guest at Narbonne’s château during a visit from King Louis IV, who wants to acquire the sapphire for his new court-favorite, Mme. de Montespan. Pierre discovers that the “Star” is hidden in the hilt of Narbonne’s sword, He challenges Narbonne to a duel, gains possession of Narbonne’s sword, extracts the jewel and escapes the castle with Narbonne’s men in pursuit. Katrina is on a Dutch ship in the harbor and is soon joined by Pierre and his pursuers.