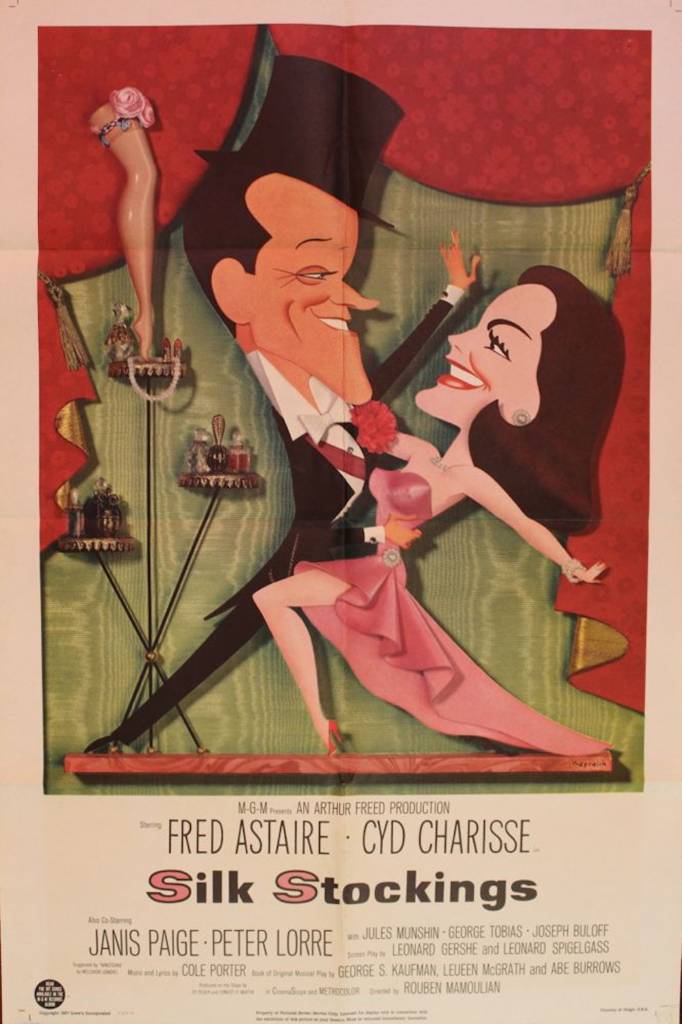 A musical remake of Ninotchka. Plot: After three bumbling Soviet agents fail in their mission to retrieve a straying Soviet composer, Peter Illyich Boroff (Wim Sonneveld) from Paris, the beautiful, ultra-serious Ninotchka (Cyd Charisse) is sent to complete their mission and to retrieve them. She starts out condemning the decadent West, but gradually falls under its spell, with the help of Steve Canfield (Fred Astaire), a brash American movie producer. He proposes marriage. She and Boroff are horrified when they realise what changes have been made to Boroff’s music. They decide to return to Moscow. Canfield does not give up, arranging for the pliable Soviet agents to be sent back to Paris, knowing that they will be seduced again by the city’s charms. Ninotchka is sent after them, giving Canfield time to convince her to give in to her love for him.