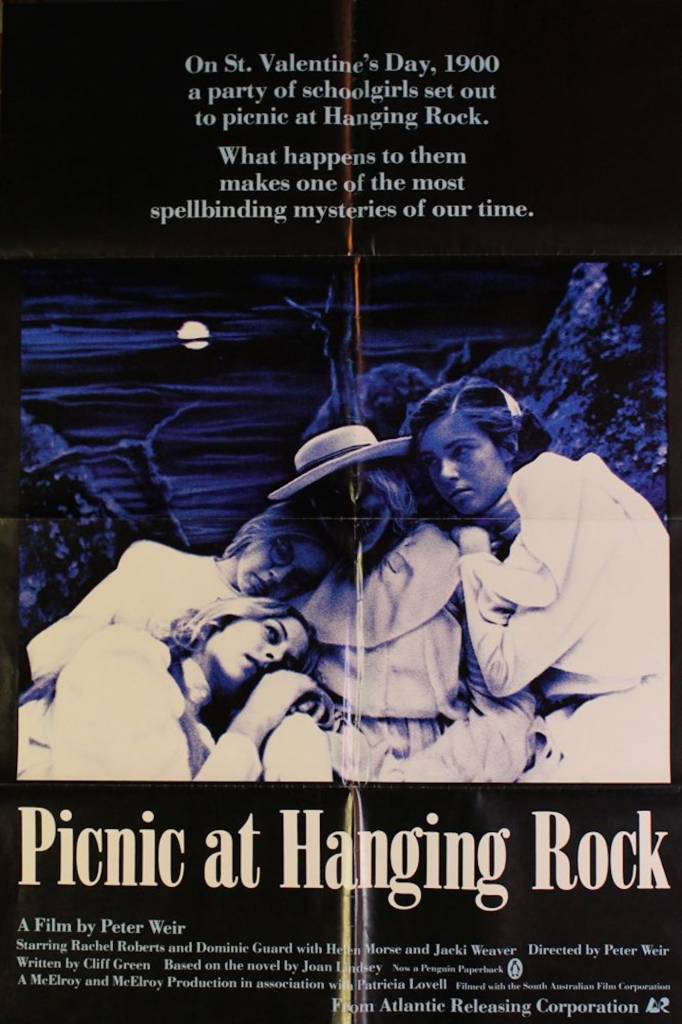 Original Picnic At Hanging Rock (1975) movie poster. Plot: Set in 1900, during a rural picnic to Hanging Rock, in Victoria on Valentine’s Day, three students and a teacher from an Australian girls’ school vanish without a trace. Their absence frustrates and haunts the people left behind. As the authorities go on an exhaustive search for the missing four, their disappearance elicits different reactions from people involved. Michael Fitzhubert (Dominic Guard), a young well off man, who, along with his valet Albert (John Jarratt), saw the four girls climbing up the rock, and feels compelled to find them. Sara (Margaret Nelson), who idolized Miranda (Anne-Louise Lambert), one of the missing girls, is quietly affected as she keeps several secrets about herself and what Miranda told her earlier that day. And Miss Appleyard (Rachel Roberts), although concerned about the welfare of the missing four, seems more concerned about the possibly tarnished reputation of the school, to which her name is attached, and the affect the scandal may have on its viability.