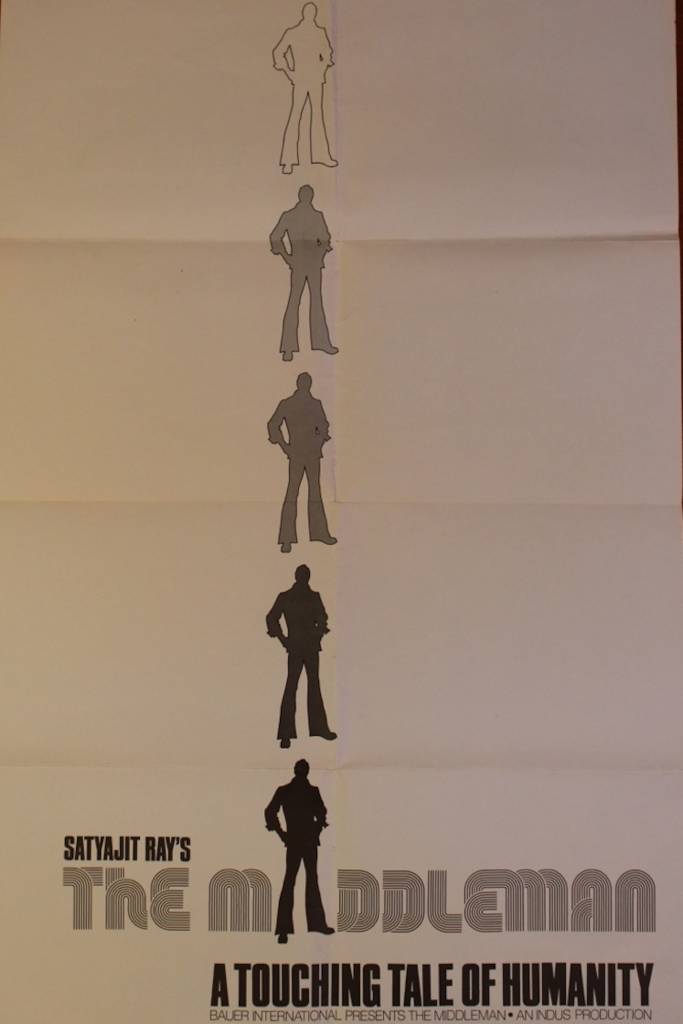 Original Middleman (1976) movie poster. Bengali film directed by Satyajit Ray, based on the novel of the same name by Mani Shankar Mukherjee. Plot: The film portrays the hopelessness of the middle-class, educated, urban youth in modern India. After months of unemployment, recent college graduate Somnath (Pradip Mukherjee) enters business as a middleman, but he finds out when success means finding a client’s weak spot, the price is more than mere rupees. One day, Somnath finds that in order to land a big order, he must appease a client by supplying him with a prostitute. Despite his tremendous hesitation and after trying several brothels, Somnath finds a girl for the purpose. However, she turns out to be his friend Sukumar’s younger sister. Embarrassed and at a complete loss, Somnath offers her money and requests her to leave, but the girl refuses. Her purpose is to earn money, not beg, she tells him. Somnath delivers her to his client and lands the contract but suffers internally.