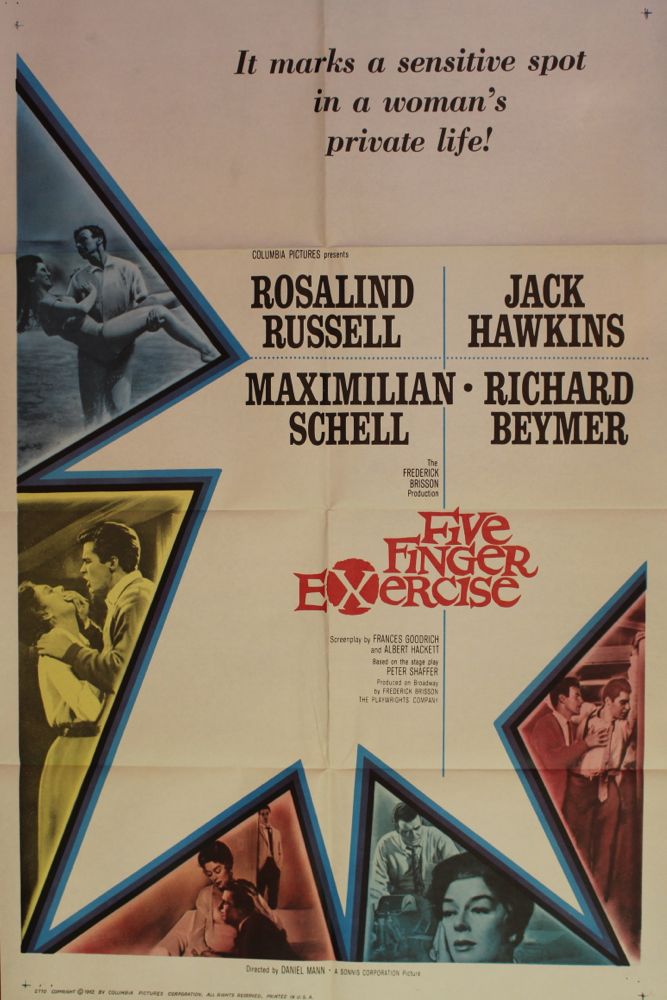 Original studio stamped Five Finger Exercise (1962) movie poster along with a set of 8 original lobby cards. A drama film made by Columbia Pictures, directed by Daniel Mann and produced by Frederick Brisson from a screenplay by Frances Goodrich and Albert Hackett, based on the play by Peter Shaffer. The film stars Rosalind Russell, Jack Hawkins, Richard Beymer, Maximilian Schell, and Annette Gorman, with an early screen appearance from Lana Wood, the sister of Natalie Wood.

Plot: It follows a few days in the lives of the Harringtons, who are at war. While the husband and wife fight each other, the son and daughter are on the same path. Then, when a music teacher comes in, things begin to change, until other things start to threaten the peace as the secret emotions of members of the family are shockingly revealed.